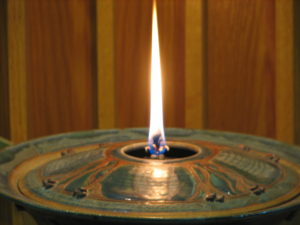 We hold one service on Sundays at 10am. Programming for children and youth is offered during the service. Nursery care for infants and toddlers (ages 6 month to 3 years old) is typically available 15 minutes before the service begins, but we are unfortunately not able to provide this service at this time due to COVID-19 protocol.

Our hour-long Sunday services weave together words and music provided by our ministerial team and our music program. A typical service includes two short sermons separated by a musical performance. The concepts explored are related to the monthly worship theme, and each Sunday the service builds on what was shared the week before.

Our church uses hearing loop technology. Hearing loops bring clear sounds from a microphone directly into a person’s hearing aid. The wireless sound is not degraded by distance, reverberation, or background noise. If you need help connecting, contact the AV technician. 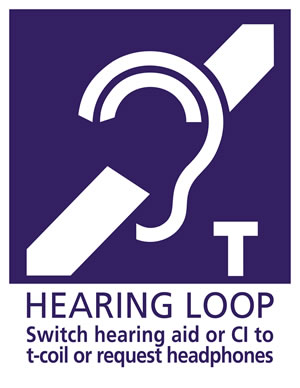 Please find below the audio files of our Sunday services prior to March 8th, 2021. For more recent recordings, please go to our Vimeo account here.

To listen to a recent recording, use the player above, or find the full archive at FirstUniversalist.Podbean.com

Your journey in life is important. Consider making First Universalist a companion.

We focus on all aspects of church life having to do with growing spiritually, intellectually, and emotionally including worship, lifespan religious education, creative expression, and church traditions. We offer programs that focus on spiritual development, those that focus on more intellectual issues, and many that are a blending of the two.

To learn more about Unitarian Universalism and the life of our church, consider attending a 90 minute class led by members of our Ministerial Team, Pathways to Membership & Connection.

This hour-long service uses chants and singing to enliven the spirit, and silence to calm the heart and mind. This experience requires no skill level or talent. Come as you are and join in singing with others. Rev. Jeannie Shero, Senior Minister and John Hubert, Director of Music, lead this service on the fourth Tuesday of each month at 6:30 p.m. in the Sanctuary. Childcare is available.

The Mood Meditation Group provides a space and time for community to reconnect with the cycles of nature and ourselves. We hold a silent group meditation for 20 minutes followed by informal conversation. We pay special attention to the phases of the moon and how that affects our energy every month. No experience is required. We do not offer childcare for this program; if interested, please let us know.

Forming a deeper connection to others through small group ministry.

A form of small group ministry, Covenant Groups are made up of about 5-7 members of the church. Covenant Groups meet regularly and discuss topics related to spiritual or religious exploration. After intimate sharing over a long period of time, members of these groups establish a close personal connection that is often hard to find in our busy lives. If you are interested in forming or joining a Covenant Group, please contact a member of our Ministerial Team.

Our seven sources are a quintessential feature of Unitarian Universalism, creating a “religious pluralism that enriches and ennobles our faith.” They take seriously the fact that our religious sensibilities differ. We are invited to embrace those sources that speak to our soul, using them as touchstones to nurture us and inform our actions, using them to deepen our understanding and expand our vision, using them to lead lives of integrity and authenticity.

Religion begins with experience, not with words. It is through our direct experience of life, that transcending mystery and wonder, affirmed in all cultures, which moves us to a renewal of the spirit and an openness to the forces which create and uphold life. Through our experience, enduring and nurturing connections are created, ones that uphold us through this journey that we call life. We are not isolated beings. Rather, we are both made of the stuff of stars and connected through time and space with all that exists.

Our second source: Words and deeds of prophetic women and men which challenge us to confront powers and structures of evil with justice, compassion, and the transforming power of love. In every age they arise, some known to history and revered as exemplars—people for us to emulate in word, deed, and spirit. The vast majority of these prophetic women and men, however, became anonymous with the passage of time, but their legacy of courage endures. They used the life they were given doing the work that they believed would help bend the moral arc of the universe toward justice. Unitarian Universalist minister Tom Owen-Towle has characterized Unitarian Universalists as “free-thinking mystics with hands,” a term that captures three essential characteristics of our religious tradition: freedom of belief, a spiritual grounding, and deeds in service of justice. When future generations speak of prophetic women and men, may they also be speaking about us.

Wisdom from the World’s Religions, our third source

It is the wisdom of our religious tradition to seek wisdom far and wide, rather than assuming that we already possess it or that it is the province of some peoples, some cultures, some religions, and not others. The wisdom we find from the world’s religions inspires us in our ethical and spiritual life.

Love is a gift to our religious tradition from both Judaism and Christianity. When Ferenc Dávid, one of our founders who lived in the 16thcentury said, “We do not need to think alike, to love alike,” he was recalling the words of Jesus who demanded a radical and transforming love as both the basis for human relationship and the gateway to relationship with the divine. With those simple, but profound words, Dávid said we will gather as religious communities based on love, not intellectual propositions; on covenant, not creed; on orthopraxy or right practice, not orthodoxy or right belief.

Because we have tended to embrace the religion of Jesus, rather than the religion about Jesus, we share a religious affinity with Judaism that is as strong as our historical association with Christianity. We have taken the foundation of love from both traditions and used it to build Unitarian Universalism. Because of this, we have always been standing on the side of love.

Humanist teachings counsel us to heed the guidance of reason and the results of science, and warn us against idolatries of the mind and spirit.

The constructive work of reason and science involves synthesis, seeking order out of chaos. At the deepest level, this is the search for unity. And this often results in surprise and paradox. Danish physicist Neils Bohr captured this when he said, “The opposite of a correct statement is a false statement. But the opposite of a profound truth may well be another profound truth.”

Spiritual teachings of earth-centered traditions celebrate the sacred circle of life and instruct us to live in harmony with the rhythms of nature.

Creation did not end on the sixth day as the story in Genesis would have us believe. It is a continuous process and we have become co-creators with nature. Our appropriate role is not to dominate the earth, but to use our technology to allow us to live human lives with dignity and meaning within the earth’s ecological means.

The first step in changing our relationship with the earth is to awaken in us and in all humanity a reverence for the earth. May this reverence lead us to honor the earth. May it deepen into something so profound that the earth becomes sacred to us. May this deep reverence transform our actions, so that our very living becomes a touch that caresses the earth.

Our seventh source is our own religious tradition with its theology of one light, Unitarianism, and many windows, Universalism, offers promise to the world. This includes the promise of hope, healing, and transformation.